ALIENWARE m15 review: more than a notebook simply for games, but for creation 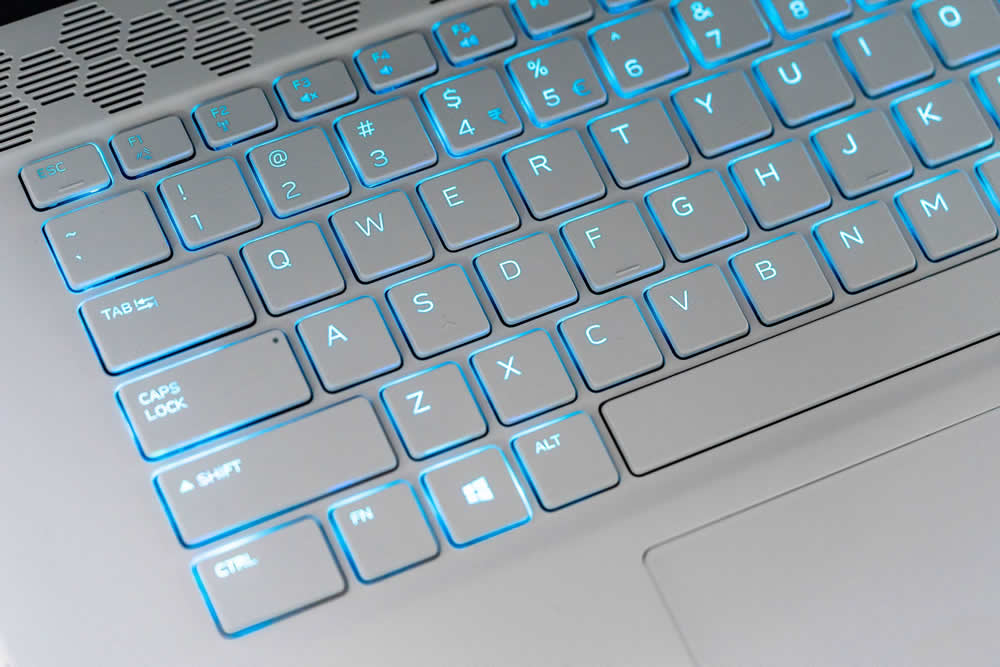 ALIENWARE, which has been working hard for a long time in the field of gaming notebooks, can be said to be eye-catching this year. In particular, it is brave enough to break through and adopt a new "prophecy" design, which will renew the new notebook machine line of ALIENWARE.

Among the new products of ALIENWARE this year, I personally like the ALIENWARE m15. For the uncompromising choice between light and thin, it is more in line with my new The concept of a generation of gaming notebooks. Today's people are increasingly demanding gaming notebooks, not only have tough game performance, but also have a lightweight body. The ALIENWARE m15 not only satisfies the needs of gamers, but also satisfies all the needs of the user in terms of creative design. In actual use, many users who do visual images, 3D rendering, and data calculations will choose “game notebooks” as working computers. Real-time rendering, big data computing is almost demanding on the performance of notebooks, and Caton will definitely affect the working hours and creative passion. For those who are not used to Apple computers, and most professional software that only works on Windows systems, the emergence of ALIENWARE m15 is a great advantage, no longer need to install multiple systems to switch back and forth. In addition, in terms of design, the ALIENWARE m15 will become a new generation of coffee shop stars with a new and unique prophecy design, leading the fashion trend. 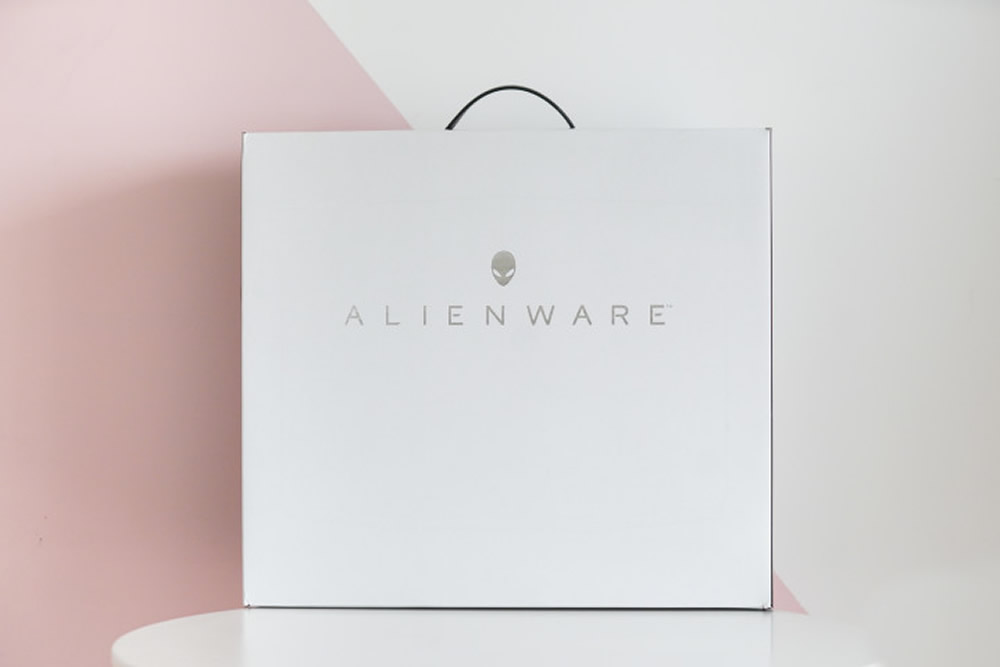 Players often look at the value of the face, for a gaming notebook, the first thing they see is the appearance. The previous design style is indeed a self-contained style, full of mystery and technology, I personally like it very much, but it is obvious that ALIENWARE's own design team is not satisfied with the status quo, they have more avant-garde ideas, and indeed confirm the network. The sentence above: "You can only surpass yourself!"

Ever since, the ALIENWARE m15 was born with a new “prophecy” design, which appears almost in a completely different design style from the past, and really explains the creativity of ALIENWARE, you will find it though and not before. The same, but more attractive. 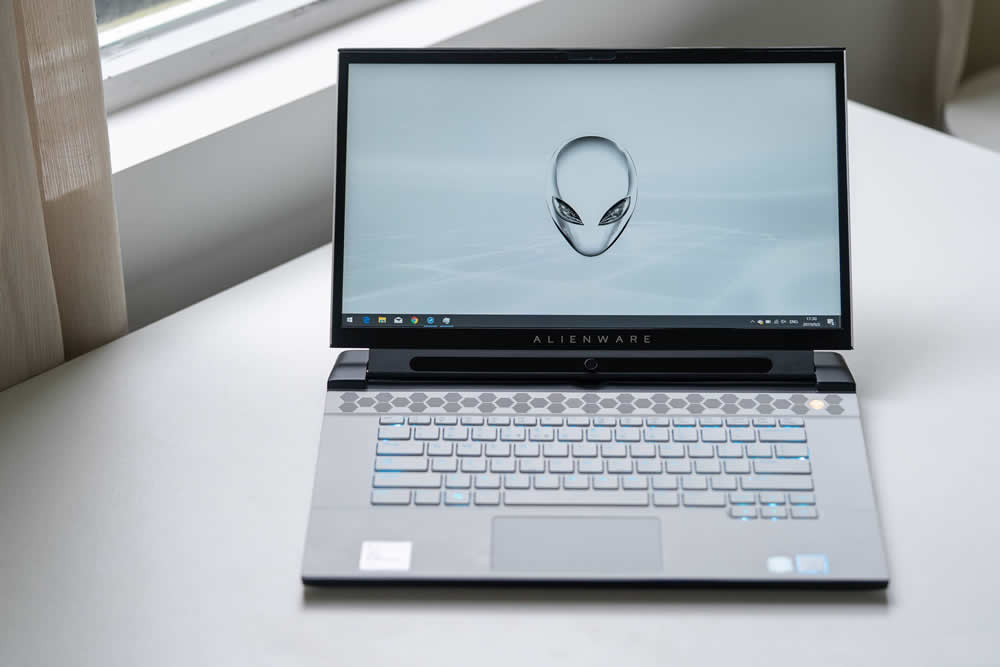 As the name implies, the ultra-lightweight PC represents the combination of a slim and a strong configuration and a powerful configuration. From this year's updated ALIENWARE m15, it can be seen that the R&D team behind it wants to perform both. The audience is no longer simply confined to a certain group of people: whether it is a creative worker or a game player, it can be easily played, and the portability that can be taken away anytime and anywhere makes it more attractive. 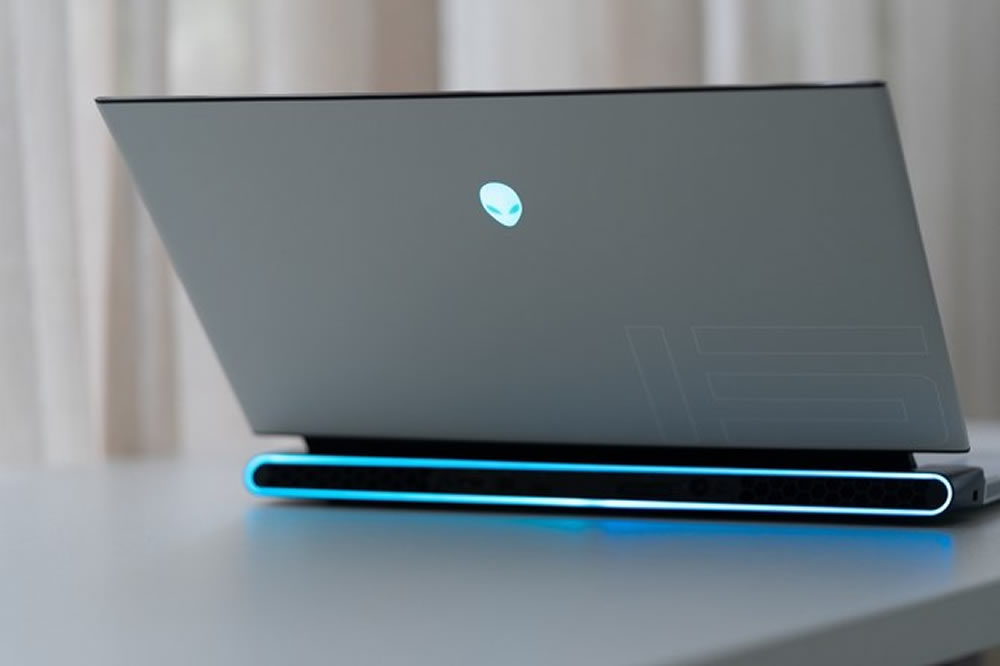 The INFINITE circular streamer strip design at the rear looks like a futuristic look. It is also very cool and supports a variety of RGB lighting effects, which can be linked with other ALIENWARE devices. I really like the design of this circular streamer strip, because before I saw the science fiction film, I had this kind of special wind. The ring light strip of ALIENWARE m15 at this position can reflect the cool diffuse effect through the wall on the back when it is placed on the desktop. On the other hand, it also has its own glare effect when it is taken out. Deducting the soul of the "light factory" to a new height. 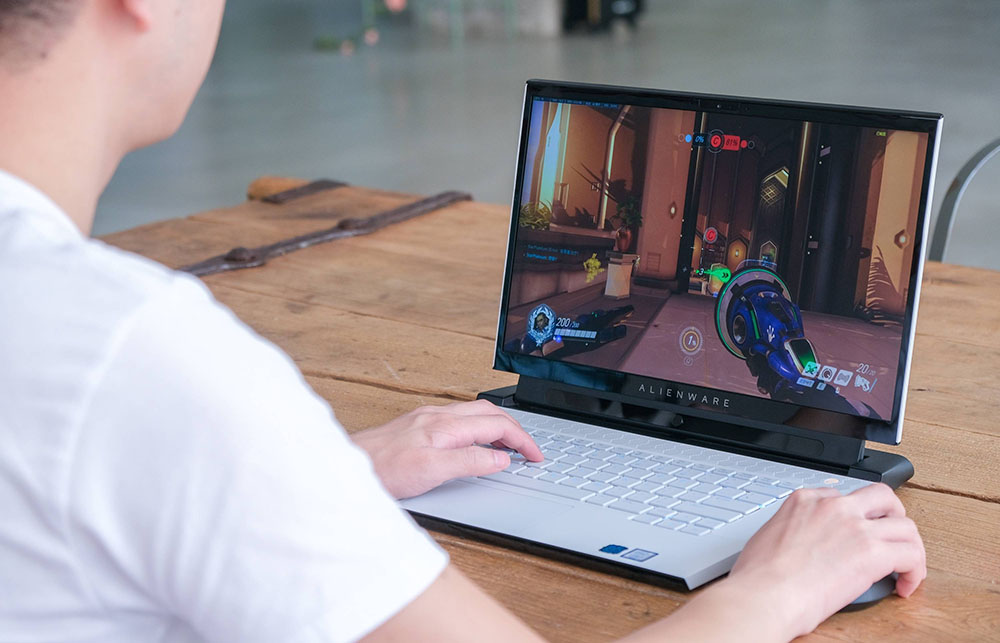 There is one big factor that cannot be ignored, and that is the texture of these honeycomb-like holes. It is distributed in most parts of the fuselage, and the D surface is the most widely distributed. The top and tail ring lights of the keyboard face also appear. In addition to echoing other elements, the most important purpose is to ensure the heat dissipation of the body. The largest area, which enhances the heat dissipation effect. Because whether it is playing games or rendering operations, the heat dissipation determines whether the hardware can output work stably and stably, and escort performance. Therefore, honeycomb texture is not only a matter of appearance, it still plays a very important role. 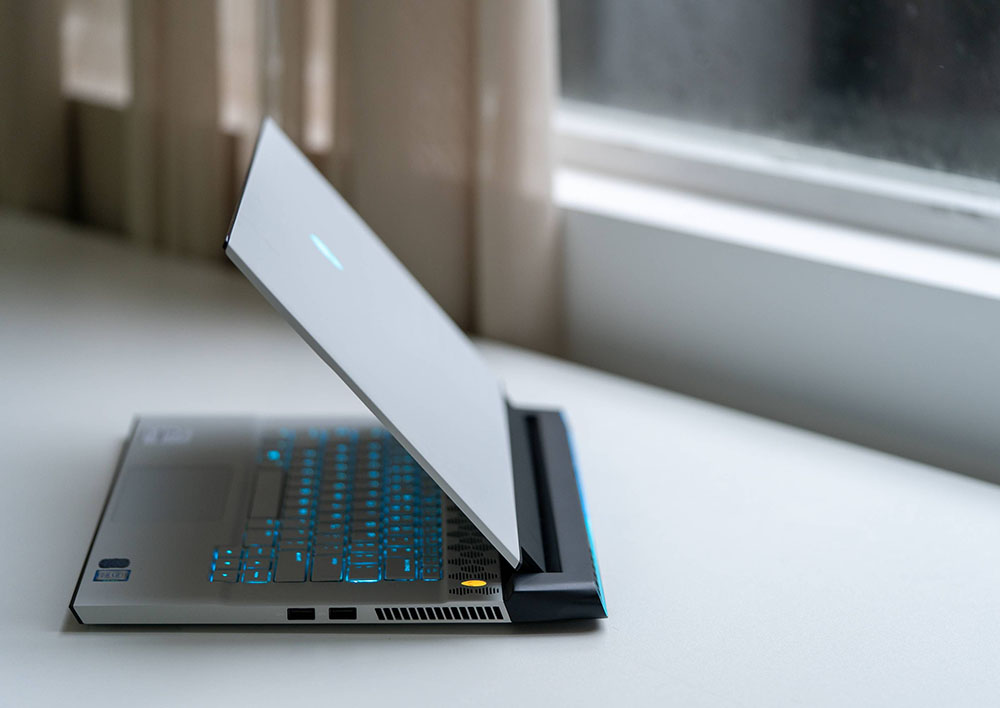 The first time to use the latest and strongest hardware, has become the basic operation of the performance-class notebook, my ALIENWARE m15 is the ninth-generation Core i7-9750H standard pressure processor. If you are not satisfied with the i7, you can also use the notebook's strongest nine-generation Core i9 unlock multiplier processor to achieve CPU performance that is not inferior to most desktop PCs. The graphics card takes into account the size and power consumption. The factor is the Max-Q version of the RTX2070 / RTX2080 graphics card, which is also the flagship GPU performance in the same class; in addition, 16GB of memory and 512GB solid state drive support, as a whole, the configuration reached the level of the flagship, responding For most of the games, there is no problem, and it can help us to do some moderate or even heavy work.

Through the performance test of 3DMark, we can roughly see the performance level of ALIENWARE m15, which is also the performance of RTX2070 Max-Q version. If it is RTX2080 Max-Q version will be more prominent. Here I also come up with a few stand-alone masterpieces I have been playing recently, all at 1080p resolution, all with the highest effect 100% rendering multiple to play, see its actual performance in the game:

In the game effect full open test scenario, ALIENWARE m15 faces the mainstream FPS games and can run out of the average frame number of nearly 144 frames. For games that are more hardware-consuming, they can run at an average of more than 60 frames, which is enough to run smoothly. 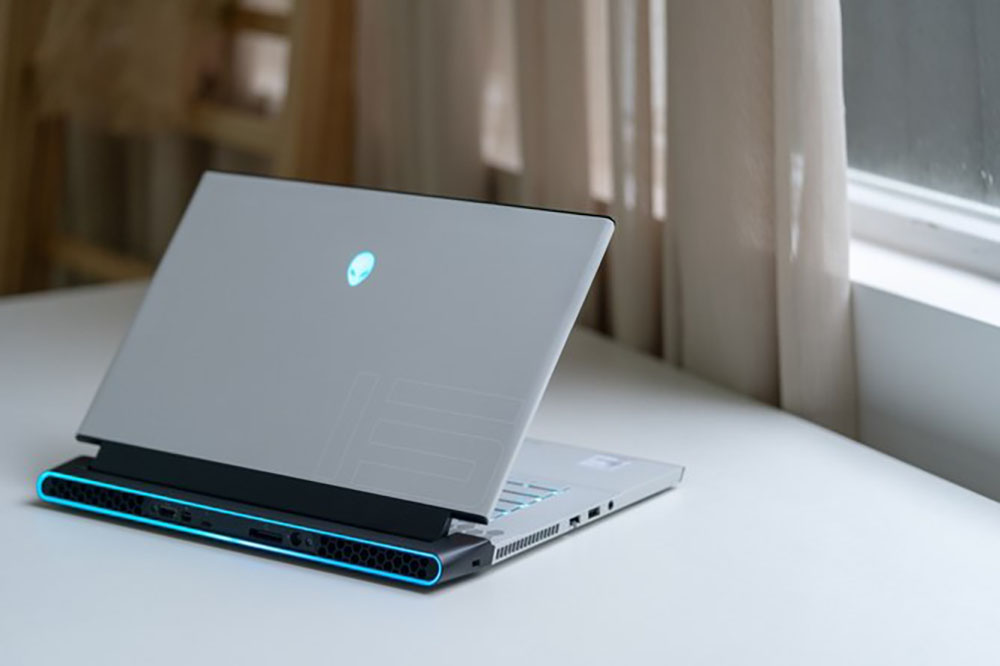 In addition to the game, ALIENWARE m15 can also help me get the job done efficiently. At work, I often use Lightroom to adjust and modify the pictures I took, so I also used it to do a picture export test, converting a large number of RAW format pictures into JPG output, it is not lost to many workstations. And desktop host.

Many game enthusiasts often value the screen refresh rate when choosing a notebook. Therefore, the ALIENWARE m15 uses a 240Hz refresh rate, which is more important for players who like competitive games. 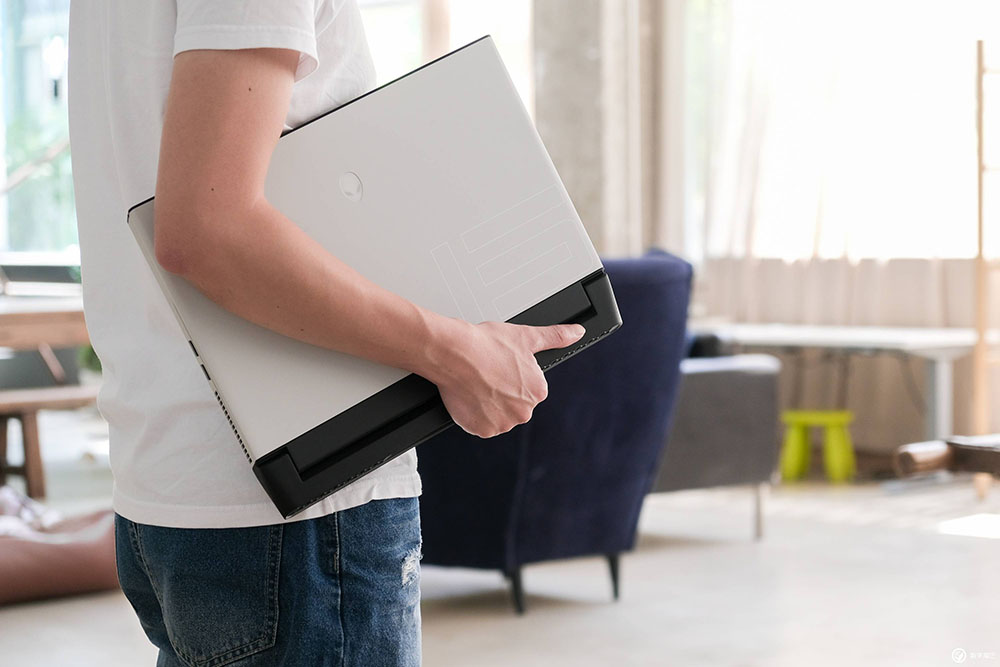 ALIENWARE m15 itself, it combines the balance of color and performance, attracts the attention of the player with the eye-catching appearance, and then touches their heart with the delicate inner. ALIENWARE m15 is more than just a gaming notebook, it can be used for a variety of content creation, including video editing, design creation, etc., even as a workstation host.